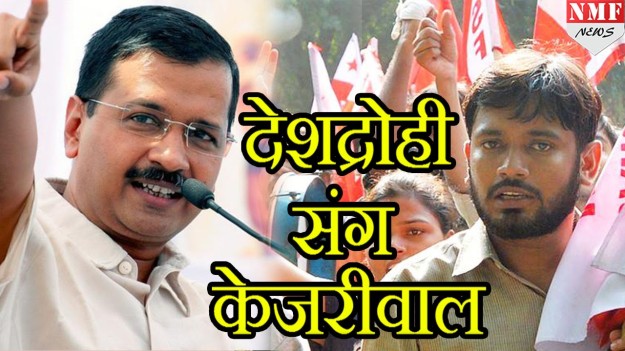 However, the AAP govt had given clean chit to culprit students of JNU

In a recent development, the Delhi police have identified that the JNU students Umar Khalid and Anirban Bhattacharya were leading the mob along with the JNUSU president Kanhaiya Kumar. With the evidences against the students, the Delhi police have confirmed that Khalid, Bhattarchya and Kumar were shouting the anti-national slogans on February 9.

While opposing the bail plea of Khalid and Bhattacharya, the police have informed the court that these two were seen leading the mob and shouting anti-national slogans. The police have procured the video footage made by a JNU staffer during the incident on his mobile phone.

Even the other research scholars who are not affiliated with any group have confirmed the police that these two students were instigating the mob to march for Afzal Guru’s death anniversary.

Police official present during the hearing in court informed that the investigations have revealed after procuring the email of Khalid and posters of hanged militant Afzal Guru, it has been unearthed that Khalid had finanlised the posters for the event.

AAP had given clean chit to the traitor students of JNU

The recent development in the JNU case by Delhi police has exposed the AAP on JNU incident. The ruling AAP had given clean chit to Umar Khalid, Bhattacharya and Kanhaiya. It is now evident that the AAP is purely anti-national as the party itself given clean chit to the culprits who shouted slogans against the country. It was more than a crime to raise the slogans against the country and the students were observing the death anniversary of the hanged militant who was responsible for the attack on parliament in which police personnel sacrificed their lives.

Kejriwal has took u turn on the JNU incident suddenly

In a recent move, the muffler man who has been supporting the JNU students facing sedition charges now took u turn and started blaming the centre government for shielding the students who had shouted anti-national slogans.

The Aam Aadmi Party criticized the Delhi Police for delay in arresting the BJP MLA O.P. Sharma, as he had lashed a anti national activist outside the Patiala House Court in a minor scuffle, when the latter raised the ‘anti-national’ slogans outside the courtroom.

“Questions being raised on nation’s unity and integrity are incomparable to those corrupt acts of AAP leaders”. 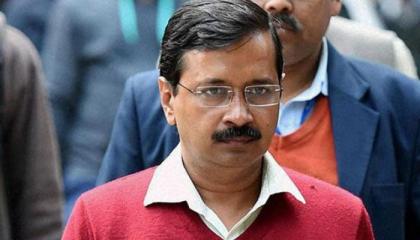 Despite of numerous videos going viral and eye-witness against Kanhaiya Kumar, who considered Parliament attack convict Afzal Guru a martyr and not a terrorist, Kejriwal supported the lawbreaker. “The charge of sedition against the JNU students union president is ridiculous. They just practiced the freedom of expression guaranteed by the Indian Constitution”, said Kejriwal. Not only this, dramatically, Kejriwal tried his ‘filthy’ politics in the case by expelling Sharma and still cursing Delhi police for not talking action against him.

AAP questions why police delayed the arrest of BJP MLA O.P. Sharma, when it took no time to arrest AAP leaders and Kanhaiya?

Answer is quite clear! Delhi police has arrested more than half of AAP’s Ministers after their involvement in various criminal and corruption got confirmed. Few of them are listed below:

And not to miss, in a recent case AAP party’s MLA Mahinder Yadav got booked in a case of rioting and assaulting a public servant.

Also, Kanhaiya was charged with one of the most serious offences on the Indian statute books for an incident that involved shouting of ‘anti-Indian’ slogans standing inside the Indian University campus.

O.P. Sharma is a nationalist and aadarsh son of Mother India, whose blood boils on seeing an ‘anti-Indian’ elements or activity going around.

How can you compare Sharma with either Kanhaiya who raised “anti-national” slogans against India or the corrupt leaders of Aam Aadmi Party who have no regards for the nation and its National Flag?