In the last election of Delhi Sikh Gurudwara Management Committee (DSGMC) held in 2013, its former President, Paramjit Singh Sarna received a whopping defeat. Realising the inimical defeat ahead of polls, Sarna left no stone unturned to avoid rout of power.

It is noteworthy that Sarna was responsible for a bloody clash outside Gurudwara Rakabganj took place on November 2012. The bloody clash took place when Delhi unit of the Shiromani Akali Dal (Badal), and his supporters had been invited for the DSGMC executive meeting at the gurdwara.

As soon as they reached there, members of the DSGMC task force attacked them without any provocation. Sarna is frustrated and desperate to take control of Gurudwaras but his last tenure as President DSGMC; was an exhibit of misgovernance, corruption and nepotism.

What could have been more shameful then resorting to violence outside a historic shrine?

With the forthcoming DSGMC elections around the corner, Sarna is getting panicky as defeat is looming large over him. A large number of his followers have already deserted him and now he can go to any extent to wrest power.

After receiving a massive defeat in the last elections, former President of Delhi Sikh Gurudwara Management Committee (DSGMC), Paramjit Singh Sarna is now desperate to wrest power ahead of forthcoming Gurudwra elections. Leaving no stone unturned, Sarna is not even afraid of siding with extremist elements for electoral gains.

United Akali Dal’s Wassan Singh Zaffarwal (who has been openly supporting the idea of separate Sikh state) is now supporting Paramajit Singh Sarna. It is noteworthy that Zaffarwal is campaigning for all the candidates fielded by Sarna.

Zaffarwal is known for polarizing the vote bank of Sikhs in elections. He is also notorious for instigating violence ahead of elections in the name of religion. Punjab earned peace after facing turbulence for close to two decades. The state paid a heavy price due to anti-national elements like Zaffarwal.

Meanwhile, social media is abuzz with fact of Sarna honoring Sajjan Kumar, one of the main perpetrators of anti-Sikh riots in 1984.

After facing a massive defeat in the last Delhi Sikh Gurudwara Management Committee (DSGMC), its former President Parmajit Singh Sarna tried to stall the construction work of a charitable hospital being built at Bala Sahib Gurudwara. 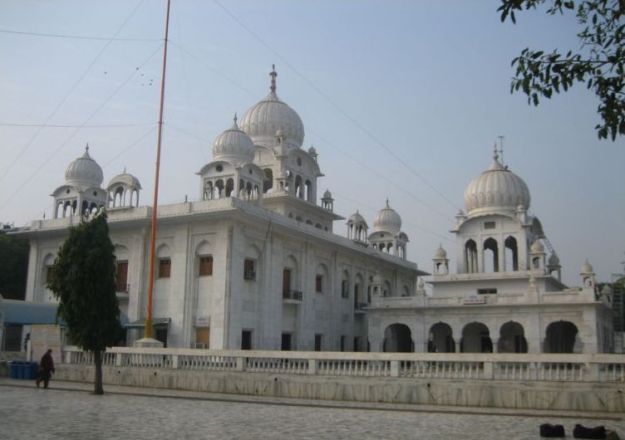 Sarna filed a petition in Patiala Court on April 2014 to declare the trust responsible for construction of hospital as illegal. The said hospital at Bala Sahib Gurudwara was meant to treat poor patients free of cost.

The hospital was built over the land belonging to the DSGMC. The petition filed by Sarna created hurdles in the functioning of hospital and the poor were deprived of getting the facilities.

It is noteworthy that the hospital started functioning only after Sarna withdrew the petition.

Gurvinder who was declared brain dead a few days ago in a private hospital, was shifted to AIIMS Trauma Centre where his organs were donated. Lever, kidneys and heart were transplanted into needy persons on the same day while his eyes are preserved.

Sirsa further said that it has made the entire Sikh panth proud that this family walked on the path shown by the Sikh Gurus – to live for others and to keep others above self.

A large number of people, including victims of the 1984 anti-Sikh genocide protested outside the residence of Sarna in 2013 for moving to High Court for halting the construction work of the 1984 Sikh genocide memorial being built at the Gurdwara Rakabganj Sahib Complex.

Protestors led by Nirpreet Kaur, a victim of 1984 carnage, burnt his effigy and raised slogans for his “anti panth activities”.

Despite all the opposition from anti-Sikh forces, the memorial in the memory of 184 anti-Sikh riots has now come up as planned. Named as ‘Wall of Truth’, the memorial act as a balm on the wounds of Sikhs suffering since 1984 and also serve to remind the future generations about the injustice done by the Congress Government.

The former DSGMC president Paramjit Singh Sarna had used rough language against a Gursikh reporter in the presence of Guru Granth Sahib ji. Then he got that Sikh reporter beaten up, although could never prove him wrong.

Sarna along with his men beat up a Sikh who was pointing out the illegal activities going on in Rakab Ganj under the nose of Sarna. Sarna also abused the Singh in the Gurdwara Parisar. This Singh also protested against consumption of eggs and meat within Gurdwara premises during wedding functions. Sarna yelled nasty abusive words at him at the Gurdwara itself.

He is high headed and he is linked with the Congress party. He never supported the 1984 anti-Sikh riot victims during their protests. He has always shown his anti-Sikh mentality.

The singing of hymns from the Guru Granth Sahib (Gurbani) is an intrinsic part of the Sikhism. The Gurbani is recited strictly as per the specified norm and each composition is sung in a particular classical ‘raga’. Any form of appropriation of Gurbani is blatant insult to the established Sikh traditions and customs. 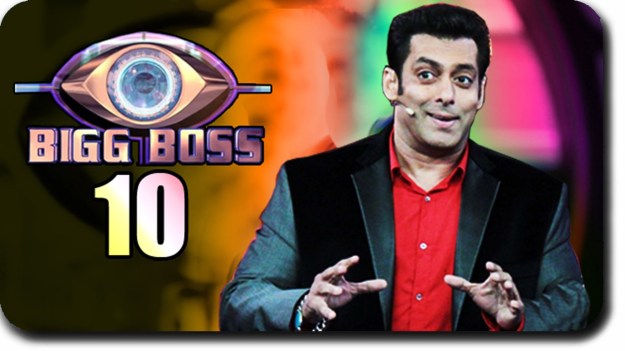 Popular reality shows Big Boss coming on Colors channel recently disrespected hymns of Gurbani – “Soora Sau Pehchaniye Jo Lade Deen Ke Hait”. It was highly objection; the manner in which the hymn was used and the entire set up of the show.

Taking strong cognizance of the blasphemous act, Delhi Sikh Gurudwara Management Committee (DSGMC) filed a legal notice to the makers of the show and the channel asking them to tender an unconditional apology and warn them to be extra careful in future.

This is not the first time when Sirsa has taken legal course to teach a lesson for hurting Sikh sentiments. Earlier, he had waged a long drawn battle against the makers of Bollywood flick, ‘Dishoom’, which had disrespected ‘Kirpan’, an important ‘Kakar’. Jacqueline Fernandez, lead actress of the movie was shown dancing to tunes of a particular song with a ‘Kirpan’ tied to a belt and dangling between her legs.

It is noteworthy that due to staunch and persistent efforts of Manjinder Singh Sirsa that the makers of the movie tendered an apology and agreed to reshoot the objectionable scenes.

Anti – Sikh riots in the aftermath of assassination of Indira Gandhi is the biggest blot in the Sikh history. 5000 innocent Sikhs in Delhi were killed mercilessly. Unarmed and innocent Sikh men, women and even children were brutally murdered and properties of Sikhs were burnt by the mobs.

Impact of such a horrendous act was so grave that it deeply affected the Sikh psyche of even generations to come. Turbulence in Punjab in late 80s even aggravated Sikh wounds further. Entire Sikh community was perceived as terrorists especially outside Punjab. Punjabi youth travelling to national capital were harassed for their religious identity.

Cut to the present, Sikhs have regained their lost pride in Delhi. Not happened overnight, it was a slow process, which transpired over a period of time. Delhi witnessed many firsts in last few years, which helped the community regain its lost pride. First time in the history, ‘Gurmat Samagam’ took place at historic places like India Gate, Quitab Minar and Lal Quila.

Other than that grand function was organized to mark the tercentenary martyrdom of Baba Banda Singh Bahadur. PM Narendra Modi and six union ministers graced the occasion besides host of other dignitaries.

This couldn’t have happened without the sincere and tireless efforts of Delhi Sikh Gurudwara Management Committee (DSGMC). Holding religious functions at historic places at national capital not only took the Sikh glory to its pristine heights but also filled a sense of pride in each member of the community.

The Sikhs from Afghanistan thanked DSGMC for solving their problems. More than 30000 Afghan Sikhs migrated to India 22 years ago and they were facing problems of citizenship. Even their children born in India didn’t get citizenship during the regime of UPA government.

The DSGMC were continuously making efforts for the solutions of their problems. Manjinder Singh Sirsa, General Secretary of DSGMC said that the UPA regime was not hearing their troubles. The DSGMC was continuously raising the matter and finally, the BJP government solved the problems of Afghan Sikhs.

Modi government solved out their all problems and the Afghan Sikhs honored the DSGMC President Manjeet Singh GK and General Secretary Manjinder Singh Sirsa for their valuable contribution in this regard. Afghan Sikhs got the Indian citizenship and clearances from Ministry of External Affairs.

‘Wall of Truth’ the memorial built in the memory of 1984 Sikh genocide has come up in Grudwara Rakab Ganj Sahib, as DSGMC was not allotted land anywhere in the national capital by Delhi government. Unable to bear the rousing defeat, Sarna brothers tried to rake an unnecessary controversy by opposing the memorial.

On the other hand, Sarna brothers had mooted a proposal to build a museum on partition but were vehemently against the construction of memorial on 1984 anti – Sikh riots.

All religious bodies had hailed the efforts of DSGMC for starting the process to build the memorial in Gurdwara Rakab Ganj Sahib Complex in Delhi. Only Sarna brothers kept on opposing the construction.

Fingers were pointed on Sarna brothers and their questions were raised on their intentions. We need to look into the background to know more about it.

Parmajit Singh Sarna had honoured Sajjan Kumar one of the main perpetrators of 1984 anti-Sikh riots by offering him a ‘Siropa’ and later also supported his brother in the elections.

There is enough documentary evidence to prove that Sarna brothers has Congress agent and hence their stance on 84 memorial.